It is not something I earned or acquired or bought. It is a gift. It is something that was given to me – just like the color of my skin.”

The late Bob Gibson on pitching in the Major Leagues

If you were thinking of becoming a public servant, did you change your mind after watching the presidential debate this past week?

All of us still have the ability and even responsibility to know the legislators who serve us in Congress and in the senate. Call them. Email them. They listen. They want to hear your voice.

This page over at Gallup reveals what’s on the mind of voters. Americans by a large margin are more concerned about non-economic problems than issues such as the economy in general, unemployment, taxes, and the Federal debt. Use this survey as a possible checklist for topics to address with the lawmakers who serve you.

My heart sank when I read about Disney laying off close to 28,000 staff members this past week. Many were already on furlough. In its most recent quarter, the company lost about $4.7 billion, the first quarterly loss in nearly 20 years. They earned a quarterly profit of $1.4 billion a year earlier.

What would Walt have to say if he were alive? I’m sure he’d refer back to his four-pillared philosophy of dream, believe, dare, and do.

Like Disney, many small businesses have been devastated by the pandemic – some by lack of business, others by being overwhelmed by customer demand.

After visiting with one of my favorite writers this week, Ed Hess, I’m reminded of two simple rules for those of us who are still managing profitable cash flow:

In short, keep things simple. Keep innovating and delivering off-the-charts customer delight, but be great at the basics while keeping things simple.

Attribution – the above is inspired by Ed Hess and Charles Goetz in their book, So You Want to Start a Business?

This past week, several business news outlets reported that Costco struggled to keep popular items in stock. Their CFO told the Wall Street Journal, “The supply chain continues to improve, but it will take six to nine months on some categories or products.”

As I was reading this story, I immediately thought of sales and operations planning (S&OP) which I don’t see in the headlines that often these days. As a quick primer, S&OP is balancing supply and demand through tightly-integrated operational and financial planning.

Is S&OP dead? Not even close – many firms apply it, but maybe under a different name.

Want to learn more? I continue to recommend Bob Stahl’s and Thomas Wallace’s Sales and Operations Planning – The Executive’s Guide. It’s short and easy to read with simple examples. Incidentally, S&OP applies to service-based businesses too.

5. The Mechanics of Cash-Driver Shaping and Projections

I work with other CFOs, and many are not nuts-and-bolts Excel jocks like they used to be earlier in their careers. That’s normal as their role is more strategic vs. tactical.

Similar to S&OP, if you need a primer on cash flow analysis and projections, add Cash Rules by Bill McGuiness to your antilibrary. I bought my copy in 2009 and it appears I’m sitting on a goldmine as used copies are selling for nearly $190. Consider finding a copy at your local library and then immediately read chapter 12.

By the way, my favorite definition of an antilibrary belongs to Ryan Holiday.

Tom Peters is calling Enola Holmes the movie of the year. Is he right? Given Tom’s Halo Effect on my mind, I’ll have to find out. I see 91% at Rotten Tomatoes for this flick featuring the teen sister of Sherlock Holmes.

He grew up fatherless, poor, and black. He was one of my childhood heroes. Who was he? Bob Gibson, one of the greatest pitchers in his generation. Rest in peace. 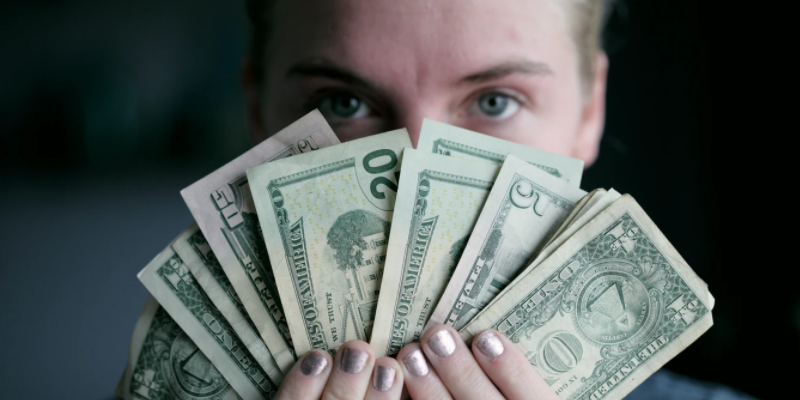