Luck is like a bus. If you miss one, there’s always the next one. But if you’re not prepared, you won’t be able to jump on.

This past week, an old mentor and one of the pioneers of driver-based financial modeling software dating back nearly 30 years ago asked me to co-author a book with him.

Really hard task. That’s because most books on corporate performance and FP&A are painfully dry and boring. I want a book that even an innumerate CEO with excessive goal-driven dopamine levels can easily grasp. I’m not sure I have the skill or talent to make this work.

As I was skimming dozens of books for positioning ideas, I was impressed with one financial leader’s mindset that he developed early in his career entitled Top Gun CFO’s –

​History teaches us how other leaders from a different era accomplished their goals and objectives. That’s why all military leaders study history in the classroom.

Accordingly, I’m drawn to business history. One of my favorite books in 2019 was devouring Everybody Ought to be Rich by David Farber. I hate the title, but it was pulled from a magazine headline based on an interview with John J. Raskob on how to build wealth.

Raskob started his career at the turn of the 20th century as a clerk, and then as a bookkeeper. He ultimately became the primary financial advisor to Pierre du Pont. Raskob was instrumental in getting the du Pont family to buy a large stake in General Motors.

The greatest takeaway of Raskob’s story is to not let other people tell you who you should be professionally. If you love accounting and historical numbers, then go for it. Be the best. If you love being a strategist, then find your bent and move in that direction. Do what you love that can add value to others. That’s the heart of a financial leader.

3. Even a Good CFO Needs Downtime

With the holiday season upon us, I’ve already started and finished some light reading that I typically hold off until this time of the year. Here’s my shortlist –

During the past two weeks, I’ve suggested a couple of gift ideas for the person who seemingly has everything.

During a recent trip to Phoenix, I noticed a small, thin cord connected to a laptop and attached to a chair leg. Were my eyes playing tricks on me? My better judgment and one of my kids kept me from taking a picture of the setup.

I did some searching on Amazon and learned they were using a Kensington Cable Lock or something similar. That tiny, small opening on the side of your keyboard closest to the screen – that’s where you attach it.

So, for the travel warrior, this could be a nice stocking stuffer.

5. What I’m Thinking About this Holiday Season

As we head into the holiday season, I’ll leave you with a few words that have brought me purpose, meaning, and challenge –

​Just as water pours into the ocean again and again without ever filling it, so the things of the world pour into human beings via their eyes and ears and back out through their mouths, and yet they never reach a point of complete satisfaction.​

​If we won’t live forever, or even long enough to make a lasting difference to the world, how then should we live?

Thank You For Reading

Take care and have a great week. Always be learning. 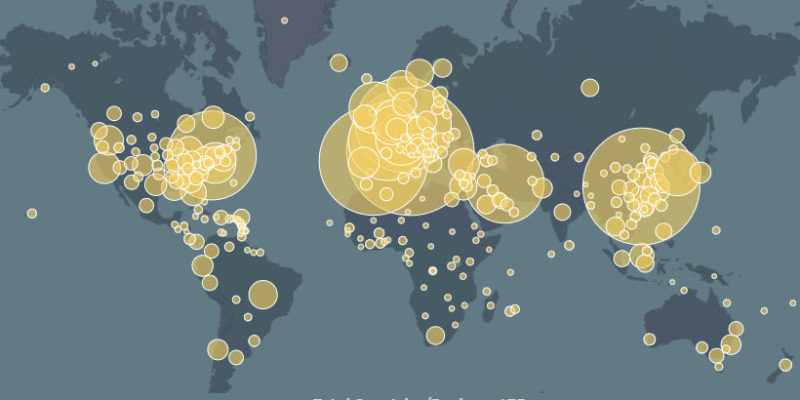