The truth will set you free, but first, it will make you miserable.

I generally do not read leadership books. I prefer reading well-researched biographies of great men and women of the past. I don’t want to read about the latest theories of so-called good leadership tactics and strategies. I want to see leadership modeled in other people instead.

While not a biography, I’m ready to anoint Leadership and Self-Deception by The Arbinger Institute as the best leadership book ever written (4.1 stars on 20k reviews at Goodreads).

I’ve quit using the term ‘think outside of the box’ as this book shines a new light on the box that the majority of us are living in. Living in the box means inflating the faults of others, inflating our own virtues, inflating the value of things that justify our thinking towards others, and constantly blaming others. The writers explain how we get in the box and then get out of it. They also offer deep wisdom on how to stay out of the box too.

The audio version is excellent. But if you listen to it, I promise you’ll be reading the print version afterward. This is required reading for any leadership team who takes culture seriously. My other prediction is that you’ll soon read the other two books in this leadership trilogy.

2. James Garfield Was a Great President

The best-selling author Erik Larson has an uncanny ability to weave two different story lines of historical significance, and then turn his research into a narrative reading like fiction that’s hard to put down.

I applaud Candice Millard’s research in her book about the senseless assassination of James A. Garfield. The cast of characters is broad, yet woven together in a tightly-knit story flowing seamlessly.

Joseph Lister, Garfield’s enemies, the assassin Charles Guiteau, Garfield’s primary surgeon, and Alexander Graham Bell are appropriately elevated in this story in how they played a role directly and indirectly before, during, and after this tragic event.

A book for financial leaders? We read for pleasure, to learn, or to be inspired. This book inspires, and leaders need to be inspired. Garfield is the kind of leader we would have followed into any battle.

3. The Core Values of Garfield

When I hire professionals in accounting and finance positions I typically ask them to write down their core values and share them with me. Unfortunately, my pile is small. Most never complete the assignment.

However, core values are best observed in others–that’s where we find them. I admire Garfield because of just a few of his core values:

Honor, duty, and courage belong on this list too. As a young commander during the Civil War, he was victorious in a key battle where his regiment was inexperienced, outmanned, and outgunned. Add grit to the list.

4. Michael Lewis and His New Podcast

What’s your favorite Michael Lewis book? Most will probably say Moneyball. Liar’s Poker is probably on the short list too. I’m sure The Big Short is competing for a top position. And don’t forget The Blind Side either.

Last month, Lewis rolled out a new podcast called Against The Rules. In this short series, Lewis hits on a different profession which he calls referees. Unlike the officials in pinstripes we love to hate at sporting events, Lewis defends these professions. I’m looking forward to completing the series.

The company you work for has core values, but I will argue that much of the content on that list is aspirational.

How about you? What are you personal core values? The best way to answer that question is to ask a handful of peers what they think you value most in your life professionally and personally.

“What are the traits that define who I am?” That’s how you ask the question for your peers and managers to answer. Asking about your core values is too vague. Had Garfield asked that question to his wife or his personal secretary, they would have mentioned his courage, his physical stamina, his desire to learn deeply and widely, and his love of others, enemies, too.

Thank you for reading. If you like the content above and the posts at CFO Bookshelf, may I ask a favor? Feel free to share this with other readers along with commenting on your favorite blog posts on LinkedIn, Twitter, or Facebook.

Take care and have a great week. Always be learning. 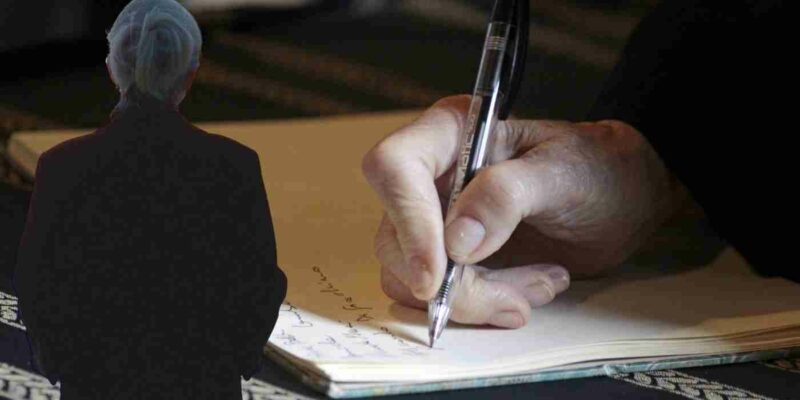