I started writing answers on Quora to improve my writing skills. Some 2,300 answers later along with 4.3 million content views, my favorite part of Quora is getting to meet other people I admire and respect which has happened by phone and email.

I’m a fan of Peter Lynch who created ASimpleModel.com. I try to read every answer that Don Graham writes, the former CEO of The Washington Post. Andrew Weill must be the funniest tax attorney on the planet—he needs to write a book. I enjoy reading comments by Tim Berry of Palo Alto Software. There are numerous former McKinsey consultants I follow and stay in contact with regularly.

But there’s one other person I want to call out whose answers are always spot on. George Anders started his journalism career with The Wall Street Journal. His writing can also be found at Forbes, Technology Review, Fast Company, and Bloomberg View. He has also written 5 books, two of which I own (I’ll include the full list at the end of the article). His latest book is You Can Do Anything: The Surprising Power of a “Useless” Liberal Arts Education.

Currently, George Anders is a LinkedIn senior editor at large. I sent George an InMail message asking if he would share his favorite books. His follow-up was so thorough and insightful, I asked if I could publish his answers.

CFO Bookshelf: As a writer, I assume you read a lot. Can you share some of your favorite books?

George Anders: Sure. If we’re talking business books, we could start with some well-known classics, which probably will appear on many other people’s lists as well. In fact, I’m sure they already are in the conversation. This would include books such as Jim Collins’s “Good to Great,” Clay Christensen’s “The Innovator’s Dilemma,” and “Blue Ocean Strategy” by Chan Kim and Renée Mauborgne.

CFO Bookshelf: Great list. How about 5 more titles? What’s a title you like that you can recommend?

George Anders: The Making of a Manager by Julie Zhuo is one that I’ve bought as a gift for nieces and friends early in their careers. We’re inundated with leadership books that pick apart the winning habits of famous CEOs and encourage us to copy them. But there’s a shortage of practical books on what I’ll call “small L leadership” – focused on how to run a meeting, how to manage people older than you, and all the other challenges that a first-time manager might face.

Julie writes for people just starting out on the manager’s journey. She’s wise, she’s candid, and she’s immensely relatable. She’s lived this journey herself and shares all kinds of insightful stories about her rise and challenges at Facebook. Yes, Facebook is a very unusual company. But the challenges of a new manager are universal, and the chance to peek inside Facebook’s strategy and decision-making process in the course of the book is a very nice bonus.

CFO Bookshelf: I bought it in 2019 but have not read it yet. I’m bumping it up in the reading queue. What’s your second book?

George Anders: I’ll give you an odd one: Red Plenty by Francis Spufford. This is a mind-stretching – and surprisingly enjoyable – book for anyone who’s ever wondered what capitalism does right that other systems of economic management get wrong.

Spufford is a business historian who peeks inside the Soviet Union of the late 1950s when its economic growth seemed far faster than the U.S.’s efforts. And then he shows, with a novelist’s touch, how everything fell apart. His sections on the catastrophic nature of central planning are both horrifying and funny. His rundown of the reasons why the Soviet Union could not fathom the information revolution are quite excellent, too. American business isn’t perfect, but this is a great way to rediscover its strengths.

CFO Bookshelf: Your third pick is one of my favorites that at times reads like fiction.

George Anders: If you mean fiction as in: “this is so vivid!” – I’m totally with you. (Not fiction as in “this sounds made up.”) This would be Shoe Dog by Phil Knight, which is my third pick. It’s a fascinating account of Nike’s early years, told by the man who believed in the company when no one else did. But it’s so much more, too. It’s a soul-nourishing message from one founder to the whole next generation of founders.

He knows how hard it is. He knows how often the cold wind of failure will blow at you. He speaks truth on every page, addressing everything from business alliances to the struggles to get the right products made at the right time. And without ever preaching, he got me thinking about the tug of war between expediency and deep loyalty. Those insights are too good to summarize.

CFO Bookshelf: As a fan of narrative journalism, I also like your next selection.

George Anders: Bad Blood by John Carreyrou is the Theranos/Elizabeth Holmes story, written by the Wall Street Journal reporter who covered each twist and turn for years. In the book, he goes deeper than the newspaper accounts, digging into the reasons why a company could grow up around such a preposterous business idea. He’s very blunt about the ways that deceptions took hold and the ways that early whistle-blowers were intimidated into silence.

Here’s hoping that everyone reading this blog post has nothing but ethical employers your whole career. All the same, it’s a crazy world out there. John’s book is the best way I can think of to vaccinate yourself against ending up in such a company – or getting trapped in a business alliance with one.

CFO Bookshelf: I’m sure your fifth pick is a good one too.

George Anders: I’ll close with a standout book about what’s probably the most admired – and most controversial – companies in the world today. We’re talking about Amazon. No matter whether you’re an Amazon fan or a detractor, The Everything Store by Brad Stone delivers the goods.

I used to sit two desks down from Brad, in 2011, when we both were working at Bloomberg, and as business journalists go, he’s a total pro at his craft. It’s the go-to book if you’re wondering how the giant, multifaceted company operates, and how it’s come to be. Jeff Bezos is a vivid character throughout the book, but there’s just as much detail about the way Amazon identifies new markets, builds its strategy, and then executes, executes, executes.

By the time you’re done, you’ll have a much deeper sense of all the hard work and strategic genius that has carried Amazon this far.  You’ll also understand why no other company has attempted to go down Amazon’s path.

Where You Can Find George Anders Across the Web

If you would like to follow the writing of George Anders, you can do so on Quora, LinkedIn, his personal website, and his Amazon author page. Below are his 5 books listed by publication date starting with the most recent:

Like what you are reading? What if you could get great reading ideas in your inbox weekly? Sign up for Weekly Bookmarks for one of the top newsletters for financial and business leaders. You can do so at the very bottom of the page. 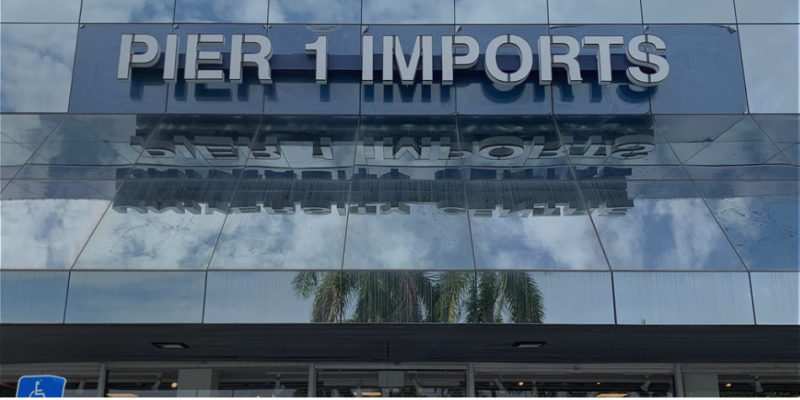