A loonshot is an idea that was initially ridiculed, put down, or given little or no funding. Some innovators were initially thought of as a loon or an unhinged person. Later these very loonshots saved lives (statin drugs), saved countries (radar) and broke box office records (e.g., James Bond Series, Slum Dog Millionaire).

Loonshots: How to Nurture the Crazy Ideas That Win Wars, Cure Diseases, and Transform Industries was released in early 2019 and will teach you how to increase the probability of your wild ideas or loonshots succeeding.

Even if you don’t apply anything from this book, you are in for some great history lessons that you did not learn in school.

Loonshots is not a self-help book. Instead, it’s a well-researched book by Safi Bahcall who is a physicist and biotech entrepreneur. The author will answer several fascinating questions:

Mr. Bahcall is a great storyteller with the ability to make the material very easy to read and understand. His story about American Airlines and Pan Am made me feel as if I was watching the movie Aviator, the 2004 film starring Leonardo Di Carpio.

The book teaches some new concepts with names such as artists, soldiers, phase-transitions, false fails and so on. Each concept is demonstrated with examples of organizations and people who have applied them.

You’ll learn new formulas too.   Have you ever seen corporate politicking explained using a mathematical formula?

In the book, you get a mathematical formula explaining why corporate politics can undermine a loonshot.

Bahcall reveals how any of the letters in the mathematical formula if manipulated can help your loonshot take off.

Loonshots Calls for Strength of Character

Loonshots call for strength in character. Even though he was ridiculed, Akira Endo persisted in his research leading to the creation of the first statin drug.

In the early days of weapons and defense research, teams and scientists were housed in different and sometimes secret locations to escape the negativity and doubts of the Doubting Thomas crew.

You may be thinking, ” Well my company is not really interested in creating the next Blockbuster or the next statin drug.” Even if your company is slow-paced and not into innovation, you can still learn how to structure staff incentives to reduce corporate politics in any work environment.

At no point in the book does the author advise going on a loonshot marathon while ignoring your current business. If you focus only on loonshots and ignore day-to-day business, then you can be putting your entire company at risk. Cash flow stability from ongoing operations is needed to support the organization enabling the funding of loonshots.

Who Is The Book For?

Loonshots is for anyone. That’s because CEOs are not the only leaders who need to create structures to nurture loonshots.

If you are a small business consultant and your client wants to try a new idea to generate more revenue, you can guide them on how to create the structure to support that experimentation through the ideas found in this book.

You can also predict outcomes with greater success. Are some of your team members interested in perks of rank or in having a stake in the outcome of the Loonshot?   You would have a good idea by looking at team structures and corporate policies such as salary growth rate.

Team members who feel that there are greater rewards from climbing up the corporate ladder could try to sabotage the riskier and crazier Loonshots. Can you counteract this? Yes, you can! The book shows you how to do so.

When I started reading the book, I wondered how the heck is this going to help me in my work as a CFO or consultant. That’s exactly when I realized that you cannot treat any discipline whether in business or science in isolation.

I am still at the point where I am trying to make that mental shift from just seeing the numbers to what the driving forces behind those numbers are and how these driving forces can be manipulated to produce a given result. In other words, I am still on the edge of my own phase transition, and now I’m starting to embrace a Loonshot mindset.

P-Type Loonshots are the ones that tend to get all the attention and are usually the big product-type Loonshots such as the new iPhone and the 747 Jumbo Jet.

S-Type loonshots are not so sexy and usually don’t make the evening news but are just as important or even more important. The author uses the example of American Airlines and its Sabre reservation system.

Sabre did not make the news, and no one thought it was sexy, but it kept American around up to this day.

False Fails, for example, occurred when the first cholesterol statin drug was tested on rats, and the results showed no improvement in the rats’ cholesterol levels.

The idea was shelved for a while, but the reason why the drug showed no result was because rats have low blood cholesterol levels anyway.

Only when the drugs were tested on chickens, it was shown to work as chickens have high cholesterol.

I see False Fails daily in the workplace. A new idea or work process is introduced, and it doesn’t work the way it was intended. But why did it fail? Is it a hopeless case or can it be revisited to see what went wrong?

By nature, we’re negative people. We tend to analyze when things go wrong, but what about when things go right? What went into that positive result, luck?

Did I pass my exam because only the topics I studied were on the exam? Would I be so lucky the next time?

This type of analysis is driven by a systems mindset, a term used by the author.

There are many practical gems in the appendix. I cannot list them all, but here are a few of my favorites:

Loonshots is indeed a wonderful and insightful book. What I like about the book is the clear action steps the author gives to nurture your Loonshot projects.

However, there are a couple of things that I wish the author would have touched more on. Reading the book, I got the impression that the intended audience was for CEOs and leaders of large corporations.

There were numerous examples of Loonshots, but they were all about large companies and organizations like Apple, American Airlines, the US Government.

I would have liked more examples of smaller companies. How do Loonshots apply to a smaller firm that is not in the business of drug discovery or making iPhones?

My guess is that smaller businesses would be able to manage S-Type Loonshots, but would they have the resources for P-Type Loonshots?

I enjoyed this book and already have started my second reading of it–this time with notebook and pen in hand.

Ravi is the CFO for a mid-sized company selling both engineered products and engineering services based in Trinidad. When Ravi is not working, he enjoys reading and spending time with family. His other passion is traveling. If you ever connect with him, ask him about his trips to Thailand and India. 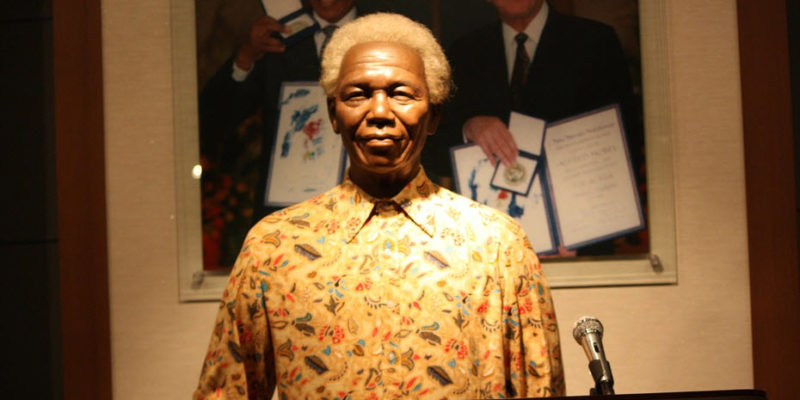